How to Put on a Duvet Cover the Easiest and Quickest Way?

Ask anyone who makes their own bed, and they will describe that changing a duvet cover is the most frustrating and cumbersome household tasks. However, it is something you just cannot avoid. Thus, we often get asked the question “How to put on a duvet cover the easiest and quickest way?”.

There are a couple of ways which you can opt for to put on a duvet cover. That being said, there is one particular way that is known to be the quickest and possibly the easiest. It is, in fact, recommended by several homemakers.

This is famously known as the “burrito” method. This easy and quick process will require you to no longer pull, stuff, tug, or even adjust. Curious to know about it and the other methods? Let's guide you through it!

What Is a Duvet?

Often referred to as a comforter, especially in the USA, a duvet is a kind of bedding which is a soft flat bag that is typically filled with wool, down, feathers, or a synthetic alternative. This is then protected with a removable cover or a duvet cover.

The duvet set is known to have originated from Europe and was first made using down feathers. This was primarily used because the feathers were highly useful, especially as a thermal insulator.

A duvet is a single covering instead of using a combination of blankets, sheets, quilts, and several other bed coverings. While in theory this should make making your bed a whole lot easier, changing a duvet cover in itself is such a mammoth task.

What Is a Duvet Cover?

A duvet cover is basically a protective layer which slips over the duvet or comforter, and it comes with a closure. This mainly exists because cleaning comforters and duvets are not at all cheap and can also be quite challenging to do.

Duvet covers make so much sense because they can be removed quite easily, thanks to its zipper closure; thus, it is easy to wash too. Furthermore, duvet covers make sense because you can easily and quickly change the look of any bed or even a room without the need to completely redecorate it. On that note, a duvet must fit snugly inside a duvet cover, and this should be removed and washed consistently.

Why Are Duvet Covers Popular?

Duvet covers are now universally recognized as they are used in homes as well as in luxury hotels. They are considered to be an easy bedding option, regardless of how cumbersome putting the duvet cover can be.

Here are some of the reasons why duvet covers have become so popular in recent times:

How to Put on a Duvet Cover the Easiest and Quickest Way?

We may have gone on and on about how caring for a duvet cover is so easy and how putting it can jazz up the room, but now getting down to business. Putting on a duvet cover is certainly not a piece of cake.

We all have been there. All the frustration, fussing over the insert and cover to ensure it is put on correctly. So, we listed three ways to put on a duvet cover, including the most talked about burrito method.

1.  Lay your comforter flat on the top of the mattress.

2.  Take the duvet cover and turn it inside out. Then, put your hands inside it and find the top two corners of the cover. Hold each corner with each hand.

3.  With your hands still grabbing the corners and inside, reach the comforter on the bed to gran its top two corners.

4.  While holding the top corners as tight as possible, flip the duvet cover outside the comforter. Give it a nice fluff and shake till it falls and covers the comforter. Once everything is aligned, zip it up.

1.  Begin with the duvet cover laying flat on top of the mattress with the zipper side up.

2.  Unzip the cover and then lay the comforter flat on top of the cover.

3.  Starting from the corners at the top, stuff the comforter inside, a corner at one time. Secure each corner with the tie.

4.  After doing all the corners, shake and fluff it so that everything is distributed evenly. Then zip up the cover, put it on the bed, and you’re good to go.

1.  Begin by carefully turning the duvet cover inside out and by laying it flat on the bed so that its opening is at the foot of the bed.

2.  Now you need to lay the duvet on top of the cover. Ensure that all the corners are all aligned and matched up.

3.  Beginning from the head of the bed, start rolling the duvet cover and the duvet just like a burrito.

4.  When you do this and reach the foot of the bed, reach into the duvet cover’s opening and then flip it over on one end of the burrito. This will expose the right side outside of the cover. Repeat the process on the other side. Once you have finished both the corners, flip over the middle of the cover.

5.  Lastly, unroll your burrito back up to the top of the bed, and that’s it, you’re done!

6.  One of the best things about this method? Simply reverse all of these steps to remove and wash them all. Thus, you no longer need to shake it out.

Check out this video on the Burrito Method!

Putting on a duvet cover is something we all want to avoid but have no choice. Thankfully with this article, you can try the burrito method or the other two methods, and find yourself no longer stressing about this. So, if anyone asks you how to put on a duvet cover the easiest and quickest way, you can simply send them a link to this article! 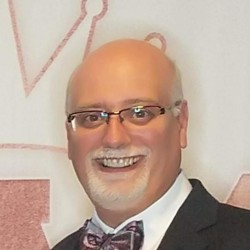 Follow Me
Shawn J
Also known as SJ.I've been involved in architecture and interior design since the late 80's (yep! I've seen it all--and some I never want to see again).It all started with my first house plan in Nebraska and grew from there.My love for the field has taken me to design for clients in Brazil, Russia, Germany and Finland.

Follow Me
Latest posts by Shawn J (see all)

The most comfortable comforter you have ever slept

Our latest design inspiration. Get some island vib